Pensiunea Paraul Rece - accommodation in Fagaras and nearby, Transfagarasan, Balea 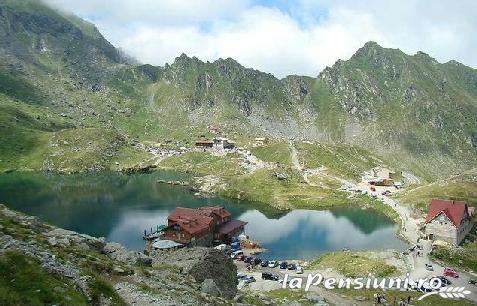 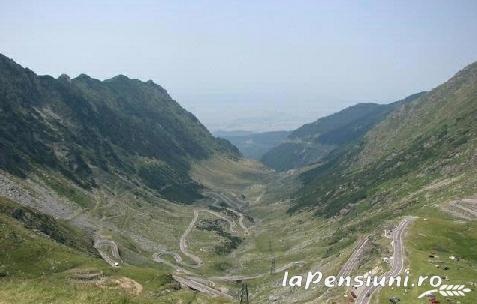 Transf?g?r??an - is one of the most spectacular roads in Romania. The road linking the historical region of Transylvania from Wallachia. The road was built to overcome the Fagaras Mountains, the highest mountain range in the mountains of Romania, part of the Carpathians.

The road climbs to an altitude of almost 2,000 meters, the road winding steps used to climb is a challenge for any car, because the road gradient coils and the running speed is 40 km / h. The road is closed from late October to June due to snow covering the road.

This road has many tunnels and viaducts than any other road in Romania, near the highest point of the elevator, Balea Lac through the longest road tunnel in Romania (almost 1,000 m).

Balea Lake, is a glacial lake (formed in cirque) at an altitude of 2.040m, the Fagaras Mountains, Sibiu county.

Balea Lake in 1932 and an area of ??about 180 acres around the lake were declared scientific reserve.

At Balea Lake can be reached by car in summer, the Transf?g?r??an and the rest of the time with cable from the cabin "Balea Cascada". Is still in the Fagaras Mountains and lakes Capra, Podragu small Podragu high Avrig, Urlea, etc..

In 2006 was built near the lake Balea first ice hotel in Eastern Europe.

Cascada Balea Balea Urlatoarea-called, is situated in the Fagaras Mountains between Moldoveanu and Negoiu peaks at over 1200 m altitude. It is the largest waterfall in steps of Romania, with a fall of 60 m, and marks the bottom of the cirque Balea step.

Access can be done on the chalet Balea Cascada Transf?g?r??an up there and walk about 50 minutes right to the waterfall on a trail marked with red dot.