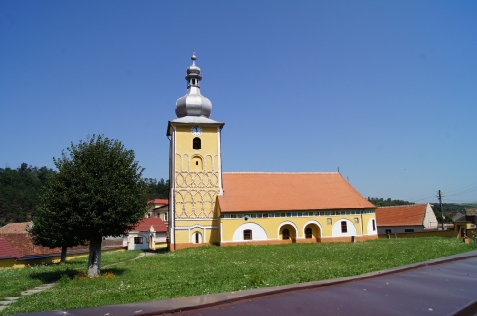 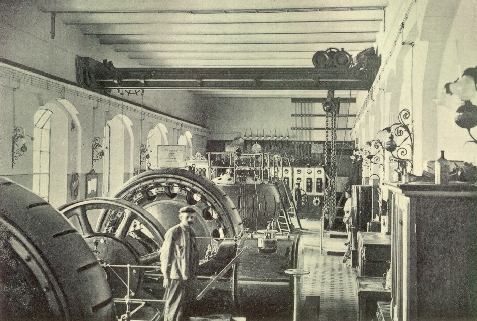 Stone Church "Assumption"
The church is dedicated `` `` Assumption, and is located at the top of the village on a high place, the historical monument.

The exact date of construction can not be specified precisely, the tombstone located near the south wall (stuck in the ground), rectangular preserved inscription, written in Cyrillic: `` Under this stone lie the bones of God's servant Elijah boss Cujmaret of Kiprovat "dead in Christ in 1719 `` lath.
It has only one tower with roof-shaped onion bulburi two overlapping that of the higher being. They are galvanized steel. The walls are of stone and brick church and have a thickness of 1, 3 meters. Tower walls are decorated with garlands made of circles and ovals crossed red brick, white plaster visible.

Sadu I power plant (1896), the museum Sadu I - Dachler Sigmund (1996)
Small hydroelectric power plant I Sadu, Sadu river valley located, is the oldest plant in operation in Romania. It was built based on the documentation prepared by designer Oskar von Miller. The commissioning of the plant took place on December 16, 1896. Electricity produced provided electrification of rural villages in the country first - common Sadu, subsequently fed Cisnadie central localities and Sibiu.

Energy Museum Sadu I - Sigmond Dachler first museum of its kind in the country was opened in 1996 on the occasion of 100 years from commissioning of the plant. Museum name comes from Sigmund Dachler engineer, who coordinated function of the plant for several decades.
With all equipment running, the plant itself is the most valuable exhibit of the museum.