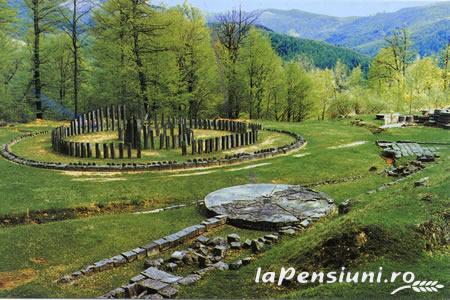 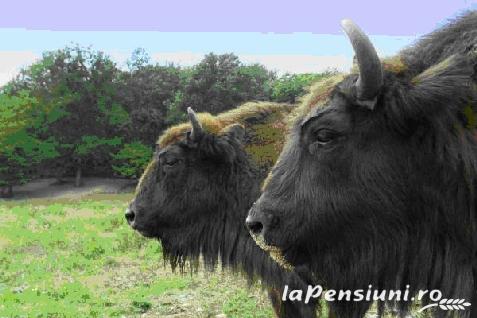 Roman remains and Museum of Archaeology of Sarmizegetusa Ulpia Traiana - Colonia Augusta Dacica Ulpia Traiana Sarmizegetusa - the capital of Roman Dacia, stood once the Retezat foothills in the south-west of the country Hategului today. The city is 8 km away from the pass that connects the Banat and Transylvania and wearing Tapae ancient name, today the Iron Gates of Transylvania.

Castle Huneiazilor (Corvin) - was built in XV century by Iancu de Hunedoara, the site of an ancient fortification, on a rock at the foot of flowing river Zlasti. It is an imposing building with tall and diversely colored roofs, towers, windows and balconies adorned with laces carved stone. The castle was restored and turned into a museum.

Orlea Santamarie Castle - documentary from 1363 is mentioned and the present building in baroque style, dates from 1782. The castle was returned and is now transformed hotel with restaurant.

Reserve zimbrii from Hateg - is only a few kilometers from Hateg. On highway E79, from Deva, a paved road to the left leads to the bison reserve. Bison is the heaviest land animal in Europe.

Retezat National Park - was founded in 1935 by initiative of the scientist Alexandru Borza, first national park in Romania with a scientific reserve exclusive - Twins (1840 ha). In 1979 was declared "Biosphere Reserve". Glacial landscape with basins, valleys and glacial lakes - 80 glacial lakes stocked with trout, among which Enjoy (most extensive in the country) and funicular (the deepest).
Protected fauna: chamois, marmots, grouse, bald eagle gray, brown bald eagle and other species.