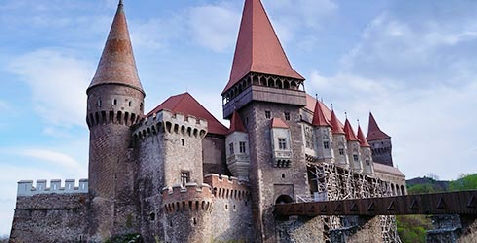 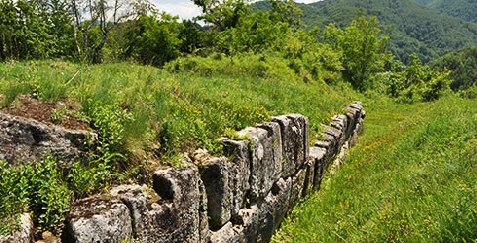 The fortress was a military fortress occupied by Austrian troops, often besieged serf peasants. Several years and was abandoned in 1848 in was occupied by a garrison of Austrian soldiers and destroyed in an explosion in the mountains.

Access is very simple, for those who love walking there is a paved road for about an hour with a smooth climb and a great view for the most comfortable and there is a lift that takes you to the top in a few moments.


Tower defense, guard room, household deposits and many other rooms surrounded by walls and defense means great view of the city are just some of the things that you can enjoy over Deva, from the city.
The park around the castle - an outdoor museum

Heroes Cemetery Soviet House of Culture, Franciscan Monastery, Synagogue, Bejan forests and deer are just some of the sights of the city of Deva.
Musical fountain in the center of Deva


Around Deva
Hunedoara Castle - the most valuable medieval architecture

The main sightseeing around Castle in Hunedoara Deva is. It is the most important monument of Gothic architecture in Transylvania, built in the XVth century by Iancu de Hunedoara.


Gallery and last defense tower are unchanged from the time of John Hunyadi, and the tower "Capistrano", which is one of the most significant parts of the construction. One wing of the castle can see a painting on the legend of the raven from that supposed name of the descendants of John Hunyadi (Corvini) and in the courtyard of the castle you can also visit a fountain extraordinary about 30 m.

Deva is surrounded by Orastie, who are considered political, economic, military and spiritual center of Dacia, knowing most flourishing Development Department between centuries BC and AD At their heart lies the town of Deva.