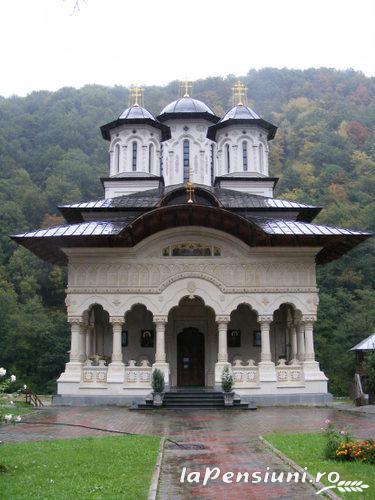 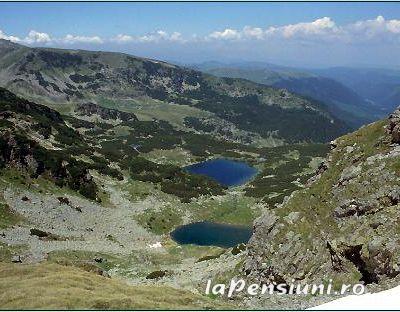 Monastery of the Holy Monasteries Lainici Lainici-age is lost in the mists of time, not knowing the official history of its beginnings. According to tradition, St. Nicodemus, the great founder of the holy places in the country, such as cherry and built a wooden monastery here at Lainici. Persecution Austro-Hungarian Empire Empress Maria Theresa, who destroyed most of the Orthodox monasteries in Transylvania, the second half. eighteenth century, it seems that would be reached here. Century church built. XIV XV were destroyed at that time. The fact is that in the second half of the century. seventeenth century and the beginning of sec. eighteenth-century historical documents began to appear that refer to the Monastery Lainici. Athanasius asceticism comes from the Lainici Tismana, in 1780 and mentions a monastery sinet donate the land.

Parang Mountains - part of the Carpathians, the highest mountain massifs of the surface of Romania. From east to west measures about 50 km from north to south about 25 km.
Parang Mountains are bounded to the west of the Jiu Valley, and east of the river and river Oltet Lotru. To the north are bounded by mountains Sureanu by Jiu valley east to south delineation is made of string depressions Novaci and Baia de Fier.
Are crossed by the highest road in our country, Transalpina, which reaches an altitude of 2,200 m, offering rare images.

Retezat National Park - was founded in 1935 by initiative of the scientist Alexandru Borza, the first national park in Romania with a scientific reserve exclusive - Twins (1840 ha). In 1979 was declared "Biosphere Reserve". Glacial landscape with basins, valleys and glacial lakes - 80 glacial lakes stocked with trout, among which Enjoy (most extensive in the country) and Zanoaga (deepest).
Protected fauna: chamois, marmots, grouse, bald eagle gray, brown bald eagle and other species.