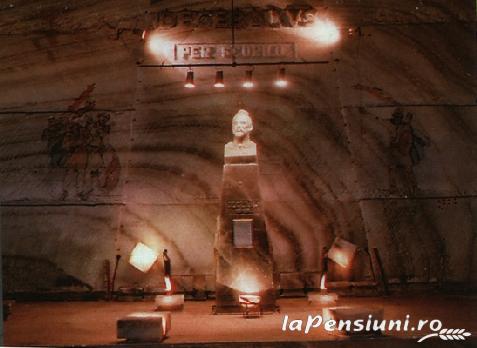 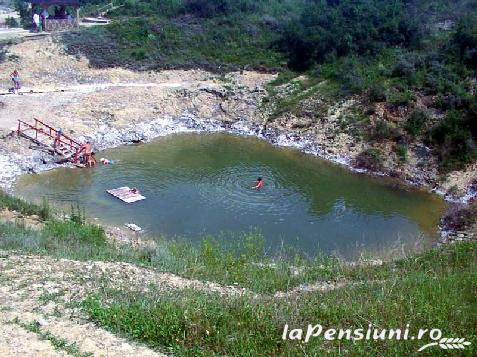 Union Mine (Salina) consists of 14 rooms with 10 m trapezoidal opening in the ceiling, 23m at the base and a height of 54m.
Rate difference between the surface and mine is 208m and the hearth is covered with elevator in 90s.

After 1970, the mine becomes a tourist attraction, offering excellent natural conditions by microclimate or high aerosol efficient on respiratory diseases known to treat.

Mine is natural ventilation, constant temperature throughout the year, 12 C.

Bridal Cave name appeared after 1920, when, four days after the wedding, a local committed suicide, throwing themselves in the mountain of salt. From Bride's Cave - formed in 1914 by a salt mine collapse - remained lake.

Unfortunately today, the Grotto Bride not only left corner.

Some say it looks better "underground than on the surface."

In 1954 it was declared a nature reserve geological and geomorphological, protected surface area is 2 ha. The complex consists of Mount Baciului bath salt, bath with bride and Bride's Cave, and Big Lake (also called Baia Baciului, with an area of ??5100 sq m and maximum depth of 7 m), Baia Pigs (S = 1460 m and depth in a m, containing mud).

You can also visit Crasna Monastery, situated on a ridge to which access is on a path full of beauty, and for those who like longer trips by car can reach the key.