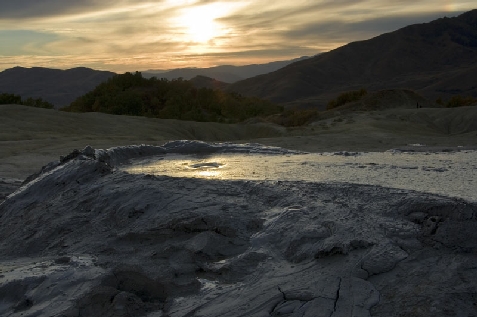 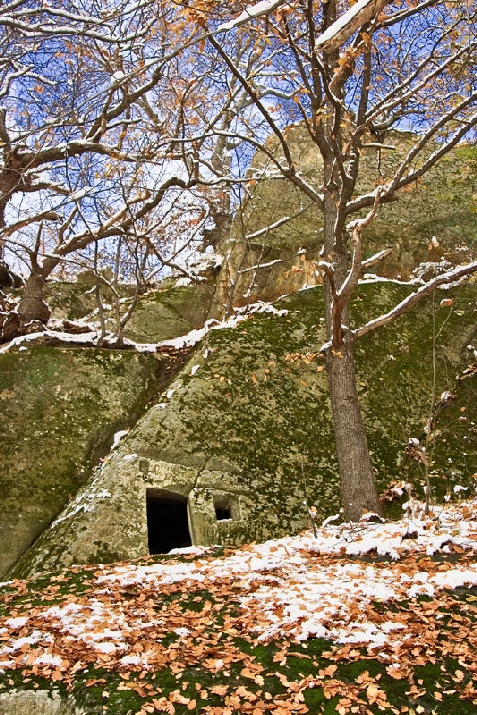 Since 1924 declared a natural monument (mixed reserve geological and botanical), the Paclele Mari - Small Paclele is the only place in Europe where mud volcanoes can be seen, similar phenomena registering only in Siberia and Australia.
Volcanoes formations are created by natural gas from more than 3,000 meters deep, passing through a clay soil, in combination with water from groundwater. Push gas to surface water mixed with clay. The sludge formed by them surfacing in those places, dry in air, forming cone-like structures of volcanoes. Sludge emerged cold, as it comes from layers of clay.

Amber Museum at the corner (40 km)

Amber Museum is at the corner and works as a section of Buzau County Museum. Fala collection (one of the most valuable in the world), a stone of 1.857 kg. Although amber at the corner joints are narrow and poor are found nowhere ... so many shades of colors from black to black opaque green, black, yellow, brown to bright yellow pearl.
The museum was founded in 1979 in a house in the popular style. The collection houses a variety of samples extracted from amber deposits from Buzau Mountains and a rich iconographic material, tools and instruments, documents, photographs, modern and contemporary jewelry, works of folk art and ethnography.

Alunis Hermitage is a historical and religious architecture. Hermitage church comprises three cells in the rock and carved in rock.
Alunis Church, carved in stone by two shepherds in 1274, is documented in 1351, it was monastery of monks until 1871 and since then is the village church.
Nearby, 6 km from the town center, lies the cave settlements Alunis, used in the past as places of refuge and worship.