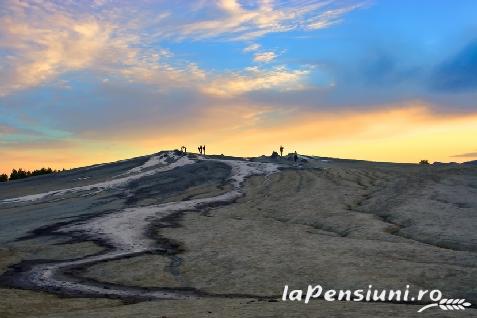 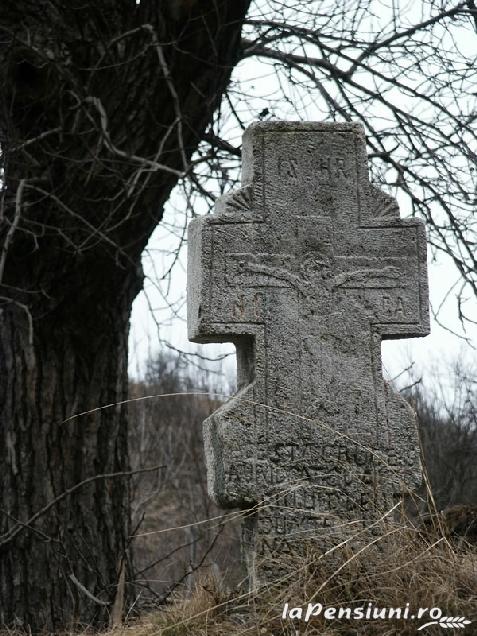 Since 1924, declared monument of nature (geological and botanical reservation mixed), the Paclele Large - Small Paclele is the only place in Europe where mud volcanoes can be seen, similar events being recorded only in Siberia and Australia.
Volcanoes are created by natural gas formations from 3,000 m depth, passing through a clay soil, in combination with water from groundwater. Push gas to the surface water mixed with clay. Sludge formed by them coming up in those places, dry with air to form cone-like structures like volcanoes. Surfaced mud is cold, as it comes from layers of clay.

Alunis Hermitage is a historic and religious architecture. Hermitage church contains carved in stone and three hermitages carved in stone.
Alunis Church, carved in stone by two shepherds in the year 1274, is documented in 1351, was designed by monks until 1871 and since then the village church.
Nearby, 6 km from the center, is the cave settlements Alunis used in the past as places of refuge and worship