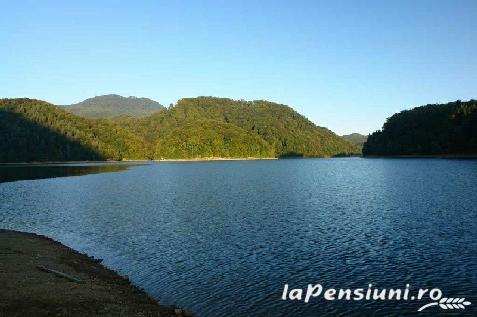 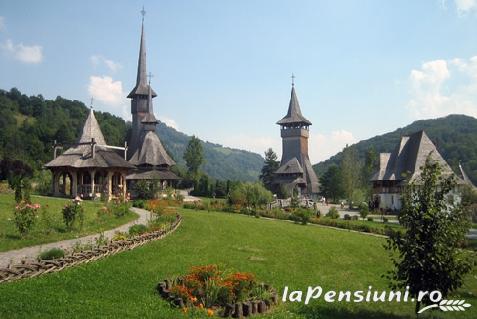 Lake Firiza Firiza component is near the town on the river of the same name. Built for the water supply of Baia Mare, at present this lake is used for recreation and leisure in one of the favorite places of Baia Mare population.

Unique blue lake in Europe was founded in 1920 by the collapse of an old mine galleries. The uniqueness of the lake gives abundant dissolved copper salt water lake which gives the water a blue or green, depending on the direction and amount of light. The lake is fed further by underground by an old gallery and is located 3 km from Baia Sprie, at an altitude of 565 m.

Merry Cemetery is a cemetery in Sapanta, Maramures County, famous for tombs crosses colorful, depicting scenes from the life and occupation of persons buried. In some crosses, there are even lyrics said, often with humorous shades, such persons.

Wooden Church Barsana - Barsana Wooden Church, dedicated `` entering the Church of the Virgin of Yahweh, was built in 1720 on the place called `` bridges Manastirii`` and later, in 1806, moved on the hill Jbar where he is now. In 1999, it was included on the UNESCO World Heritage List.