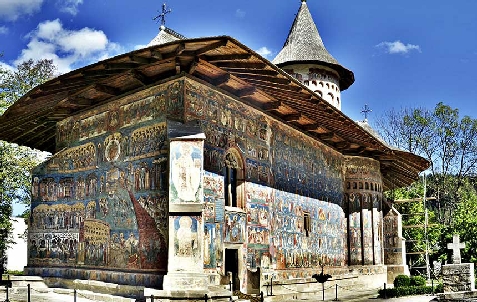 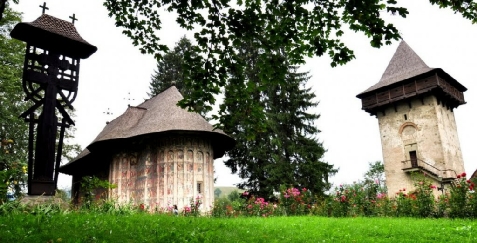 Voronet is located in the village of the same name, 36 km from Suceava and only 4 km from the city Impact. Also, the monastery is situated right next Popasul Royal.
It is one of the most valuable foundations of Stephen the Great. The church was built in 1488 in only four and a half months which is a record for that time.

Humor Monastery is one of the most famous foundations of medieval Moldovan. The endless forests at the foot Obcinei, Oana, magistrate of Suceava, founded place of prayer on the river Humor after 1400 in the reign of Alexandru cel Bun. Humor monastery enjoyed the revenues they have inherited since its founder and his sons, were confirmed by Stephen the Great by a decree dated April 25, 1475 (five villages, a mountain, a slatin? and an apiary). We can also see the ruins of the first founders walls near the present church Humor Monastery built in 1530 "with the expense and trouble" Theodore Bubuiog scribe and his wife Anastasia, as mentioned inscription placed at the entrance.