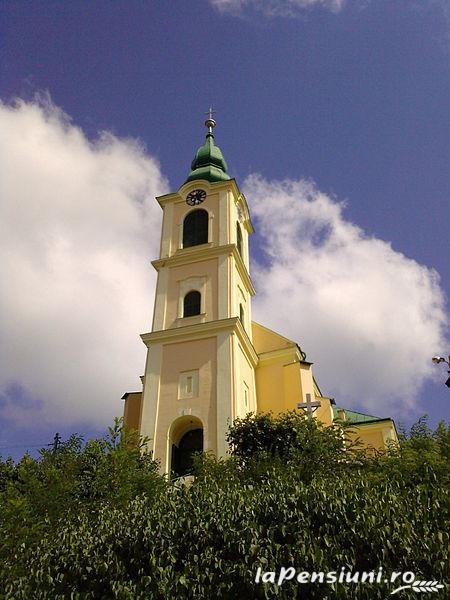 The fortress was composed of two fortified enclosures, built in two stages. Over time the chest held numerous Turkish attacks, most notably in the years 1594 and 1668.
Today is seeing the flag portions, with two levels above the vaulted corridor, two towers, a bastion and a part of the defense walls.

Synagogue, built in 1876 and transformed in the first Museum of the Holocaust in Romania. The inauguration of the museum took place in 2005.
Near the town, 3 km, is Bic Monastery, which is a pilgrimage destination and an attractive landmark, unique in the region. The city is also known for the famous champagne factory, whose underground galleries spread over 3.5 km, but as an ancient cultural center, famous for its quality schools and teachers.
Orthodox Church "Holy Apostles" from the Czech Republic (1765).
The city is located in the foothills of Magura, where no city Dacidava Dacian era, the area occupied by the free Dacians. On the same site in the Middle Ages was a fortification built of wood and earth. The ruins visible today belong to the last phase of the stone fortress, dating probably between 1315-1317 (first phase of stone belonging to the second half of XIII century). Here were found several archaeological remains, including two hoards of silver and one gold, now in Vienna.
Reformed Church (1730)
Thermal resort "Brosc?ria" is a wonderful place for bathing and fishing. It is located only 5 km from the city.