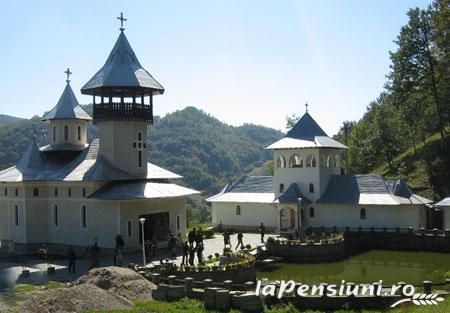 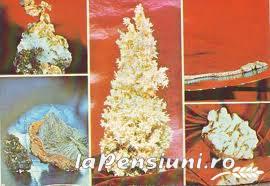 ? The wooden churches of Ciungani, Basarabasa, Ociu, Oci?or, C?z?ne?ti (XV-XVIII century) situated in a beautiful natural setting
? Franciscan Church Baia de Cris
? Church of Ribi XIV
? Ceramics Center - Tome?ti
? Tebea the tomb complex of Avram Iancu
? Korea's durmast
? durmast Avram Iancu - In 1966, present at Thebes Ceausescu wanted to plant an oak at the bedside and he Avram Iancu's grave, but it has not taken root. Not to be so, they planted a big secret forest another juvenile, who suffered the same fate and only the third juvenile was caught in the ground.
? Bridge Grohotului
? Monastery and Museum Crisan - Crisan Monastery, the Monastery also known as Cow is an Orthodox monastery situated in the village of Crisan Ribita village, Hunedoara county. Things in common with monks monastery, founded in the sixteenth century, is situated at a distance of about 7 km north of Pine and 46 km north of Deva.
? Gold Museum in Brad - Founded more than 100 years, gathered more than 2,000 exhibits from countries around the world