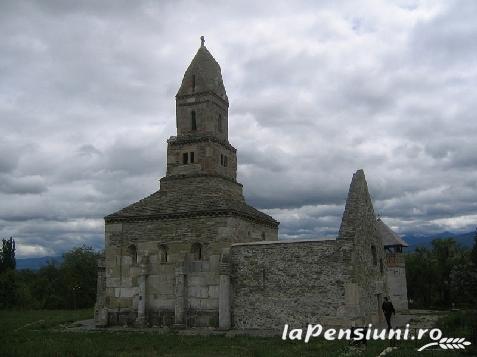 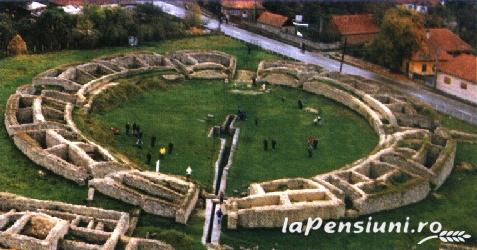 Historians are divided. Some say it was built on the ruins of a pre-Christian edicifiu of Dacia, others believe it was built on the foundation of a temple to the god Mars, many say that the church was first dedicated to a mausoleum of General Longinus Maximus, killed by the Dacians, Nicolae Iorga place in the sixteenth century and the history of art Vataseanu believed to be the last quarter of the thirteenth century.
Certainly one thing right now is the oldest church in Romania who still hold jobs.

If the state capital, the main political and religious center for the entire system was built defensive fortifications. From structural point of view, proves to be the capital of Dacia had three parts: civil settlement, the sacred citadel. Sarmizegetusa was the largest craft center, and as a political, cultural and religious capital of the Dacian state was a factor in economic prosperity. Here lived kings, officials, officers of the royal chancery, part of the aristocracy, artisans, merchants, craftsmen builders, doctors, etc..