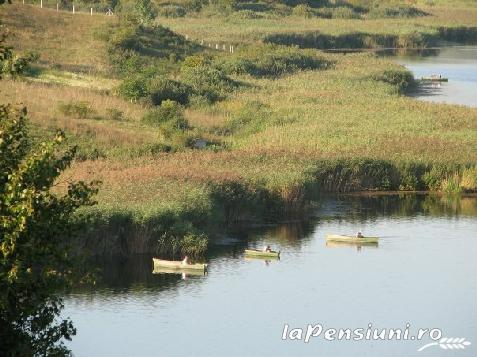 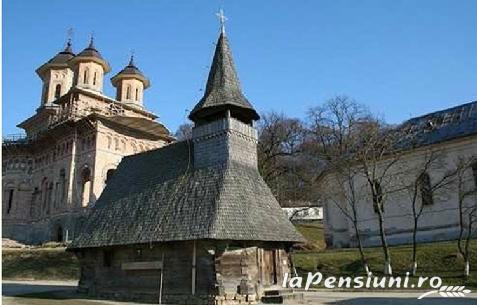 Lake pike
10 km from Gherla is perhaps the most beautiful lake plain in Cluj. Known as "Lake pike" is located on Valley blunt, a tributary of Fize?, between the villages Fizesu Gherlii and Sic.
Lake of the Sacalaia is considered a monument for several reasons. In addition to size and depth, is the only lake in Romania the luster which grows plaur (formation of floating reeds), as in the Delta. It is the only natural lake in Transylvania suffered minimal human negative influence, largely because it is a nature reserve in 1966. Lake is particularly recognized because pike population from which it gets its name.

Monastery Nicula
Nicula Monastery, Orthodox monastery of monks, is an important pilgrimage center in northern Transylvania. The first church is believed to have been built in 1552. It burned in 1602 along with the entire village, but hermit Nicholas built between 1700-1712 in place of the old church another church, all wood, dedicated to the Holy Trinity. In this church was brought and placed icon of Virgin Mary painted in 1681 by Father Luke of Iclod novel.
Nicula center is representative of painting icons on glass in Transylvania.

Sic common
Common structure with Sic Sic village, attested since 1291, when it was considered a free royal city. Town development has been more prominent in the fourteenth - sixteenth being favored by natural conditions, the presence of salt in the basement, which was intense and long exploited.
The village has preserved traditions celebrated every year between August 17 to 24 Days chic. Tease dance festival, folk music, exhibitions of costumes, traditional food and other specific events each year attracts many tourists from home and abroad.

Churches in Gherla
There were many Armenian churches in new Gherla today still remain two: Cathedral, with the main church Holy Trinity and the secondary patron Saint Gregory the Illuminator and Simaian Church.