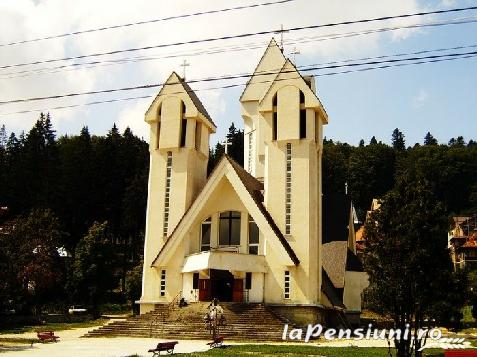 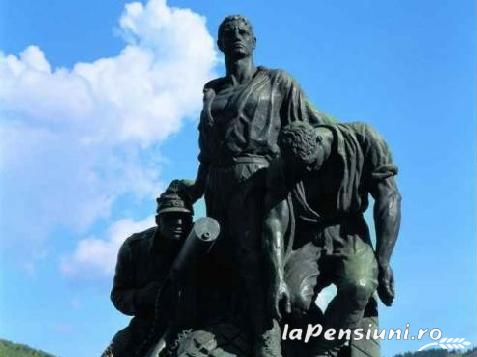 Predeal Monastery - a monastery built in the eighteenth century, little known and frequented by tourists. Is dedicated to the Virgin Birth, celebrated on September 8, the monastery is a neat quiet nuns things in common.

The monastery church is the Byzantine style, built of stone brought from Mount Caraiman. It is adorned with wall murals valuable attributed master Nicholas Painter. It is particularly through the veil with two doors instead of three.
The monastery includes a church built between 1835 - 1844, with the same dedication. The monastery was composed of cells and a building specially designed teaching book for children. In 1957 restoration works were initiated to the Monastery, the monastery relunadu its activity in 1993.

Legionary, this cemetery is located behind the Monastery Predeal

St. Constantine and Elena - This building is located on Boulevard Mihail Saulescu in Predeal.
The cornerstone of the church was laid on March 15, 1991 by His Eminence Metropolitan Anthony Parent Plamadeala, construction lasted 11 years. The church was built under the patronage of "Saints Constantine and Elena" in the heart of Predeal. Between 2004 - 2007 was done painting the church in Byzantine style, by painters Marcel and Daniel Codrescu. Inside the church belongs to the fresco style, the altar and spare decor.

Located in Predeal, Michael Saulescu street in Brasov, statuary group "Defenders of Predeal" is dedicated to the heroes in WWI.
It was made by sculptor Constantin Baraschi and was unveiled in 1995.

Placed on a marble pedestal, the statues are three soldiers, one wounded, another bent on the machine gun and the last head and fist raised high, depicting the valor with which they fought and their devotion to country.
The story behind the statuary group going into a station, while attacking a train.