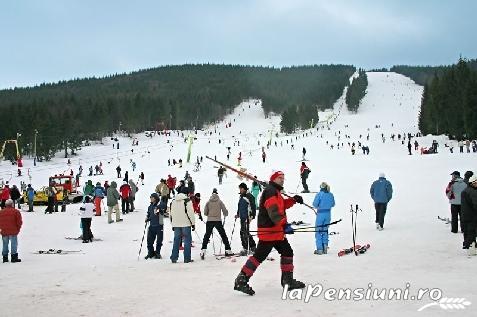 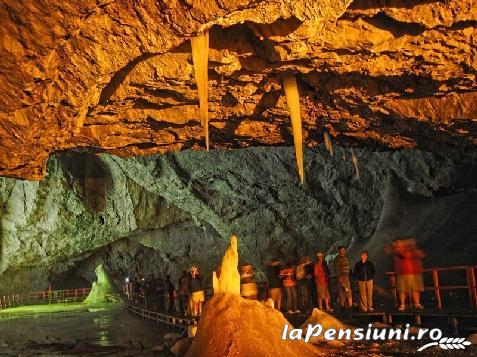 A stay fully involves the inclusion of several tourist routes that would be a shame to miss. Thus, for the winter season, we recommend skiing Vârtop, where you can "taste" of winter pleasures, with or without ski monitors.

Bear Cave was discovered in 1975 during a dynamite made ??from marble quarry in the area. It is one of the main attractions of the Apuseni Mountains, it being at an altitude of 482 m. The interior is distinguished by the diversity of existing stalactites and stalagmites formations, and by the sheer amount of traces and fossils of cave bear - Ursus spelaeus. Next to this were discovered fossils of chamois, ibex, lion and hyena cave.

Roman galleries at Rosia Montana and several monasteries in the area can handle dumnevoastra time for excursions.

For summer, walking trails in the area according to your preferences. You can start with some short hikes or walks in the area of ??our pension, then continuing with different difficulty routes. Vârciorog Falls, Rusty Precipice, Sc?ri?oara, Izbucul Tauz Glacier Living Fire, Fortress of Ponor, who are some of your routes you can choose.