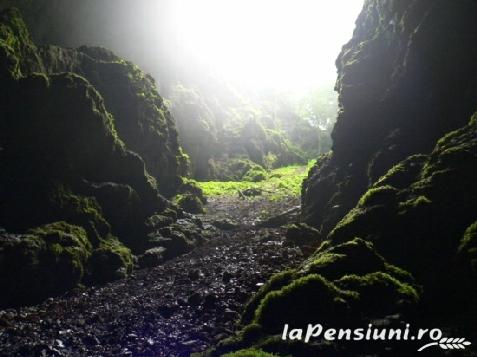 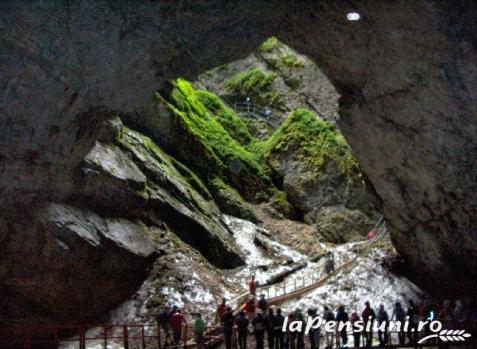 Scarisoara Glacier entrance is through an impressive venture, whose mouth, with a diameter of 60m is open in the forest edge of the plateau. A narrow path carved into the rock and some metal stairs anchored in the walls as it easier to descend the 48 m depth measure AVEN. On his ass all year to keep a thick layer of snow. Here enters the Hall with an impressive portal measuring 24 m wide and 17 m height.

Glacier in Zgurasti-In this cave was reported by R. Jeannel and Racovita EG (1929) an interesting weather phenomenon, fog formation in the light beam entering the cave entrance at noon. The authors assume that it is a process of condensation of water around ions in training, that a similar process in Wilson chambers. Another interesting element is the presence of muscles on the floor of the room. It is Thamnium alopecurum L. and Oxyrrhynchium praelongum (Hedw.) forms that grow under water, indicating that such high growth level of the lake.