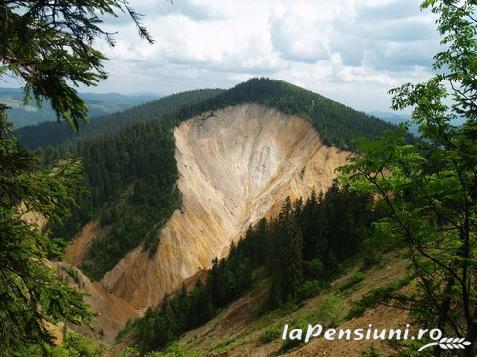 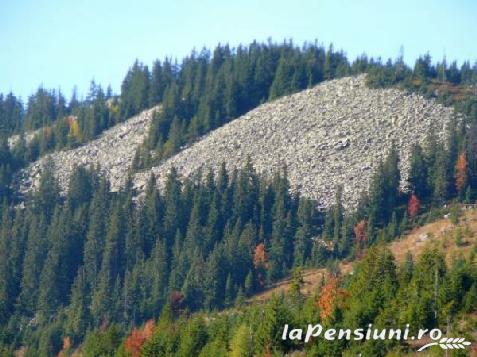 Rusty Precipice is a peculiar phenomenon. It is a huge ravinare dug up the ridge crest which closes south Dry valley with a depth of 100 m and a diameter of 600 m. Throughout its surface, an erosion process very actively brought up to date the layers of quartzite , whose purplish red color gives the area a very special appearance, she appeared from as far away as an open wound in the body of the mountain.

Ponor Fortress is arguably the most imposing karst phenomenon of Romania, known and appreciated worldwide.
Ponor Fortress consist of three big circles of rock, located in a huge forested valley, 300 m deep, its superior part with a diameter of over 1 km. The surrounding peaks that close the depression are cut only in one place of Fortress Valley canyon
Varciorog waterfall is located in the area of Arieseni at an altitude of 1090 m.
The waterfall itself has a height of 15 meters is of great beauty especially in waters. Nearby there is an old abandoned mine shaft.

Coiba Mare cave is situated in Alba, Arieseni, village stone house; 300 meters from the hamlet House piatra.Lungimea total of all galleries than 4 km, and the most interesting part is the portal to the cave (cave entrance) whose size is 47 meters high and 74 meters high.

The highest peak of the Apuseni Mountains - Bihor Peak (Great Curcubata) which has a height of 1849m.