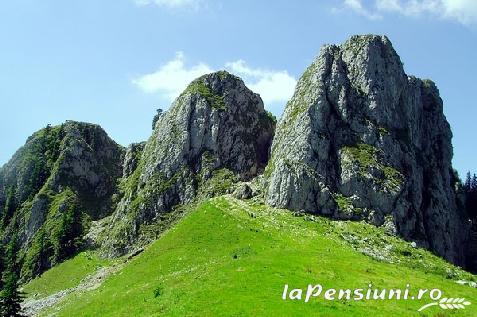 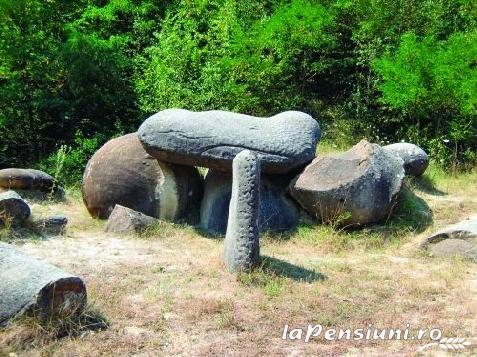 Buila-Vanturarita - is located in the central-northern part of Valcea County and is part of Skull Mountain. Mountain stands out from their main chain, both by disposition and by the constitution and relief.

Trovantilor Museum - are strange, bizarre, formed spherical, ellipsoidal or have the appearance of figure-eight. Have different sizes, from a few centimeters to several meters. "Born" in a sandy hill, detach and fall in a ravine in a valley. Stones are common Valcea Costesti called scientific trove.

Cozia Monastery - is located 2 km from the city Calimanesti, dating from the time of Mircea the Elder and is an important historical monument in terms of political and cultural role of the period, but due to original architecture that reflects the influence of Oriental and south of the Danube ;

Calcescu Lake - a glacial lake located in the river basin type Lotru Parang Mountains. It lies at an altitude of 1980m, has an area of ??0.55 ha and a maximum depth of 4 m.
(Translated by Google Translate)