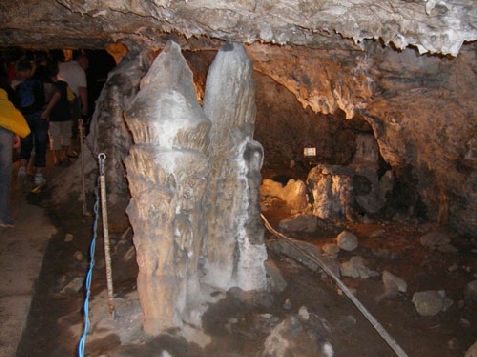 "Grandparents Mansion" is located in a region of a seductive beauty. Situated "under the mountain" as the locals say, the Novaci - Bath Iron receives you with a road winding through the wooded hills at the foot of Parang.

Transalpina
It is a road in Parang, in Carpathians. It is the highest road in Romania, with the highest point in Urdele Pass (at 2,145 m). The road connects the cities in Gorj county Novaci and Sebes, Alba county. Being an alpine road is closed during winter.

Women's cave
Situated only 5 km away, it has a total length of 3600 m, from which you can visit approximately 1,000 m .. It is said that the cave was a place of refuge for women and children when the region was attacked by barbarian hordes. The first electrified cave in Romania

keys Oltetului
They are one of the most spectacular tourist attractions in the area. From the entrance beauty of the landscape overwhelms you. The steep walls of rock, situated at 3-4 m distance 10-15m at the base and at the top, are riddled with dozens of caves inaccessible.