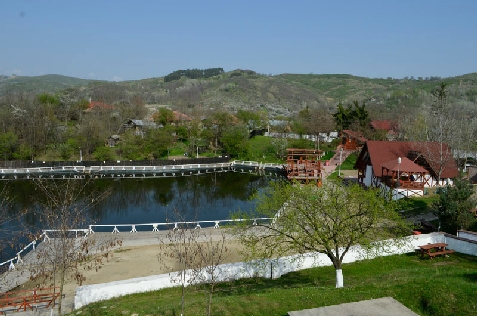 Slanic is probably the best-kept secret of Prahova County. Located just 94 km from Bucharest and 36 km from Ploiesti, Sl?nic Prahova seems to be a territory detached from the novel of Jules Verne, the Mysterious Island.

Sl?nic Prahova is a well-known spa resort due to the salt mine transformed into a sanatorium for the treatment of lung diseases and salt lakes that have a salinity of 130-260 g / l, with a significant amount of saturated sludge, recommended for its therapeutic qualities in gynecological disorders.

Green Stone is the mountain on which Slanicul is located, a volcanic tuff, a rock formed by the accumulation and consolidation of ashes from the volcanic eruptions.

The Salt Museum is housed in the House of the Shrine of Sl?nic Prahova, a historical monument building, which was built at the beginning of the 18th century.