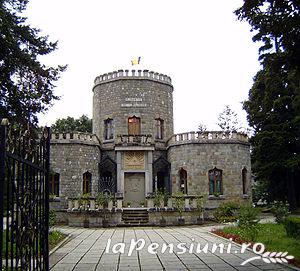 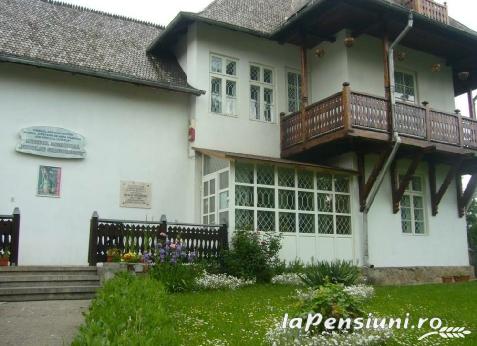 Julia Castle Hasdeu
Iulia Hasdeu Castle, Prahova county, Muntenia, Romania is known as the popular "Temple of the Spirit."
It was inaugurated on 2 July 1897, is open to the public during his life Hasdeu. After his death, attempts to determine the heirs of the authorities to open a museum, thus fulfilling the desire of Hasdeu Testament, have failed.

The exhibition documents the history of culture-related advantage of the great scholar life and work: family photos, documents, manuscripts, furniture and personal objects that belonged to Hasdeu and Julia's (300 exhibits), old books, paintings of on Hasdeu and Iulia Hasdeu; Hasdeu's archive, sketches of the Castle Iulia Hasdeu, first editions of his works Hasdeu (1838 - 1907) and of Julia Hasdeu (1869-1888).

He started by making religious painting: icons and murals in several churches and monasteries in Romania - painting from Agapia, remaining until today a masterpiece of genius.

Studies and they did in Paris, and then retired to Barbizon, joining the group of non-conformist painters, who had settled there several years before practicing plain-air painting, started painting in Fontainebleau forest, renouncing academiste art principles, practicing a new style, like a Millet, Diaz, Corot, Troyon, etc..

Evolving very quickly to the new plastic formula, which can be seen in all genres that we approached with unmatched ease: portrait, scenery, scenes different (historical, rustic, war), still life.