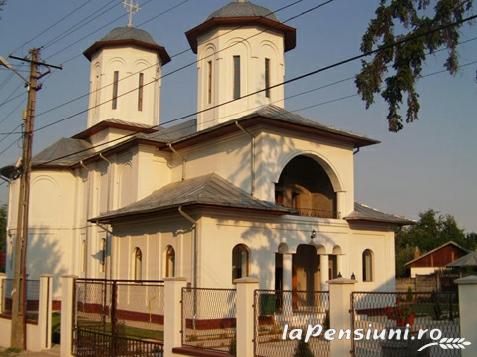 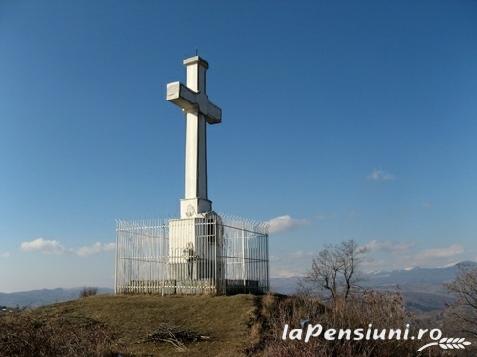 Church of St Nicholas, located at the crossroads of the Republic and Railway Station, was founded in 1777 by Prince Alexander Ypsilanti. Built on the foundation stone, it is decorated on the outside with medallions of saints. This church was declared a historical monument for its architectural and interior and exterior painting, but also for its age of over two centuries.
Mansion "Thomas Cantacuzino" is located in the central park of the city, being founded by Thomas Cantacuzino back of the seventeenth century. In this manor there have been figures like: writer Ion Ghica Grigore Alexandrescu-born writer Anne de Noailles Brancoveanu, Martha Bibescu.
Church dedicated to the "Transfiguration" built in 1892 on the site of another old church is in Capu field. It is painted in oil, has two towers and the veil is made of wood.
Monuments' memory of ancestors "located on Station Street, Republic Street and High Street sculptor Sunatorii are brezean Tudor Gheorghe. Bronze portraits taken by the artist shows us the account of Brez predecessors.
Monument of Beliei-mouth shaped like an obelisk Breaza with an eagle. It was erected in memory of all Romanian soldiers who died along time to complete the race.
Monument to heroes of the top Breaza gurgle was built in 1930 gurgle hill at 743 m altitude. It is a 11 m tall cross erected in memory of heroes who died in the First World War (1916-1918).

Also located in Campina, Nicolae Grigorescu Memorial Museum was set up in the house where the painter lived the latter part of his life and was made available to the public in 1957. Approximately 100 paintings are presented here in an authentic original, evoking the atmosphere of early age.