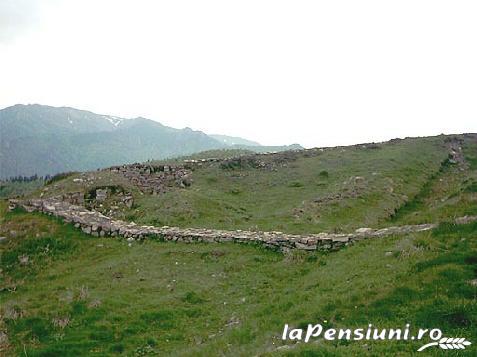 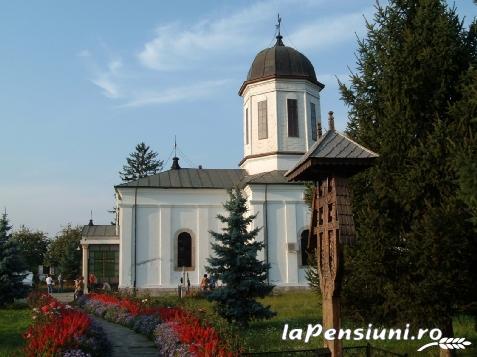 The ruins of fortresses from Tabla Butii are located on one of the ridges connecting the mountains Ciucasului and Syria, at an altitude of 1300 meters.
Until 1789 the Prahova Valley, above the Posada not only been a poor trail horse, even a wagon road. Passing over the mountains was made on the old Roman road on the Peak. Crai's called the high road and realm.

The monastery is located in the floodplain of the river Teleajan left, on the road parallel to DN1A, about 15km from Ploiesti. In terms of administrative-territorial Lipanesti are located in the commune, near the village Zamfira.

Zamfira monastic complex includes two churches: the old church (called a small church) located in the big church cemetery, situated right on the premises.
As evidenced by the inscription old church, it was built during the reign of Nicholas Mavrocordatos between 1721-1743 on the initiative Zamfirei Apostles, wealthy widow merchant Manoil (Mano) Apostles.

Situated in the valley Teleajenului, 40 kilometers of Campina - 14km Maneciu, int ro charming natural position, Susana Monastery are a monument of spirituality and art.
About Vlahuta monastery Alexander wrote in 1908: "Suzana is located in a beautiful meadow, a leading knoll, under which asvarl in Rock creek Teleajen Epuras left and right."
They are uniting them in front of the monastery, up here where cross hit the valley in a single course.