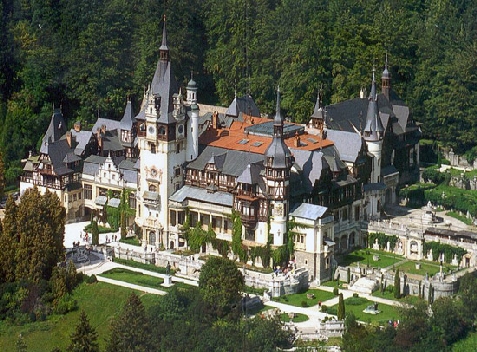 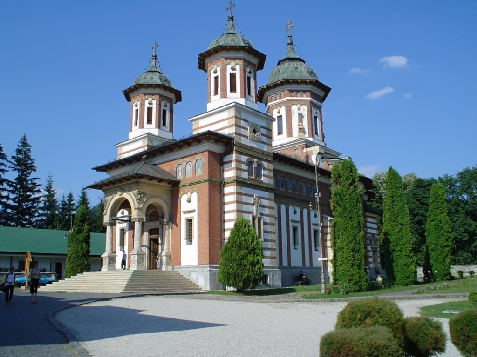 Peles Castle , the former residence of the kings of Romania, is now an international museum. Over time, this royal residence complex has become a kind of emblazon of Sinaia. It is also one of the most important historic buildings in Romania, having a unique character and is, through its historical and artistic value, one of the most important monuments of this kind in the Europe of the second half of the 19th century .

Sinaia Monastery
The great church of the Sinaia Monastery was built in a first modest form than today, between 1842 and 1846, during the reigns of Ioasaf and Paisie, from the monastery's funds.
In the time of the Nifon Popescu (1888-1909), the bell tower (1892) was added to the southern side of the enclosure, where the 1,700 kg bell would be installed, brought from the Coltea Tower in Bucharest.
In 1895, on the occasion of the 200th anniversary of the sanctification of the small church (1695), the museum was opened for the public, representing the first exhibition of objects of worship in our country. Under the administration of the Empire of Civil Hospitals, which patroned the monastery's wealth, between 1897 and 1903, great reconstruction works took place, which gave the church its present appearance.

The "George Enescu" Memorial House is the home that the great composer used both for rest and for inspiration for his many works.