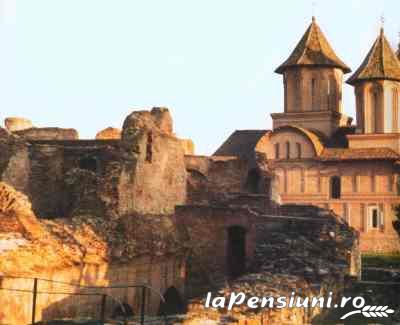 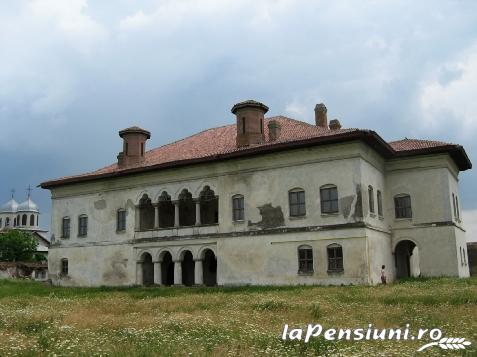 Near trove could see, you can go hiking or to visit various monasteries. also organize biking.

Brancoveanu Palace from Potlogi - Brancoveanu-style palace, built by Constantin Brancoveanu in 1698, the foundation of a former noble facade oriented to a lake, lake has a double loggia. On the opposite facade, courtyard, gazebo composition is dominated by the external staircase, like the one in Mogosoaia. Palace included floral decoration inspired Persian, which resemble some present Mogosoaia in the gazebo at the corner outside the church, in Potlogi, they are made in stucco.

Museum Royal Court of Targoviste, royal residence of Mircea cel Batran (1394) the only capital of the Romanian Country (1431) where they reigned important personalities of the time, among which the brave prince Vlad Tepes, known hero of the novel by Bram Sthoker Dacula complex containing the famous Tower of Chindia.