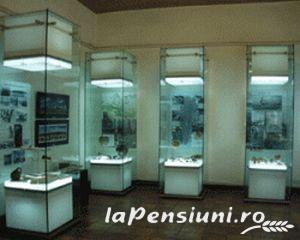 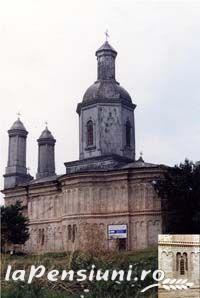 Lower Danube Museum-Museum was founded in 1950 Calarasi and worked since 1951 in a house with six rooms nationalized, located near City Hall, St. Nicholas Street, behind the church with the same name. He began to work itself in 1954, with archeology profile, following the rapid growth of assets.

Monastery Negoesti-historical monuments and religious architecture. The Church is founded in the years 1648-1649 of Prince Matei Basarab and his wife Elina.

It was rebuilt in 1777 (were restored windows, and surrounding wall were repaired cells). Restored in 1850.