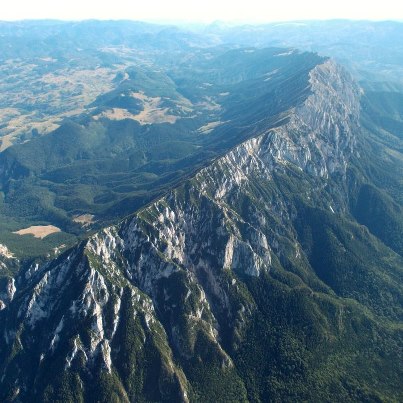 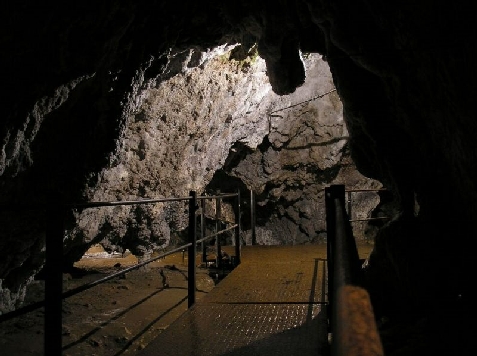 Dambovicioarei keys - are a significant component of the largest complex of keys in the country (one focused on the Dambovita and its tributaries), which boasts over 20 keys, with a total length of 30 km. Deepening of the Jurassic limestone stream in Stone Dambovicioara Craiului generated a key sector for over 8 km long, with the appearance of a veritable canyon cut into the rock pile bridges limestone massif of the terminal. The keys are of epigenetic origin, because the river has widened initially softer sedimentary formations (sandstones, conglomerates), and when he reached the limestone continued erosion, generating sectors such narrow valleys.

Actual keys of Dambovicioara, dug on a length of about 2 km bridge between the limestone depressions and Dambovicioara Dambovita Bridge, is distinguished by a monumental aspect, due to vertical walls or even bent over bed, with heights exceeding 200 in some places m. On the walls you can see gray-white bedding Jurassic limestone, polished, arranged in banks thick at the bottom, and white limestone (chalk below) plaque at the top.

Craiului Stone National Park - is located in Brasov and Arges county radius, respectively Zarnesti localities, Moeciu Rucar and Dambovicioara, including Piatra Craiului and an area encompassing gorges and gorges Dambovita Ghimbav. Located in Southern Carpathians, the park covers about 25 km long massif between Zarnesti and Rucar, being bounded by the river corridor and Bran-Rucar Dambovicioara east and southeast, the rivers Dambovita and Tamas Barsa river to the east and north. Access can be either solid Plaiul or Curmatura Road.

Location: near the village of Podu Dambovita - at Piatra Craiului, 5 km from Rucar, route Rucar-Bran, 25 km from Campulung and 177 km from Bucharest.

Dambovicioara Cave - is located in the southern part of Stone Mountain Craiului in the left side of the valley Dambovicioara (tributary of Dambovita), 1 km north of the village Dambovicioara, Arges county. Cave Creek Water formed Dambovicioara doatorita action, which cut into the limestone of Jurassic age of Piatra Craiului.

The cave was designed and is frequented by a significant number of tourists.