Casa Corbeni - accommodation in Fagaras and nearby, Transfagarasan 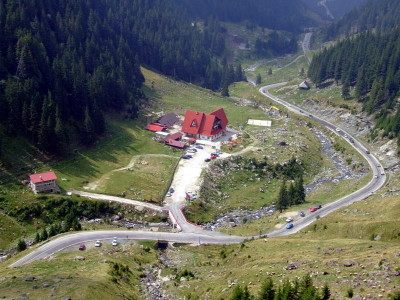 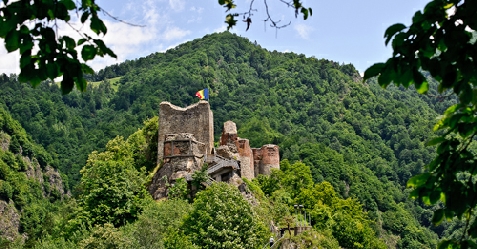 The house is on Transfagarasan route, 2 km from Poienari.

- The dam was the 27th tallest dam in Europe and 15th in the year when arch dam in operation (1965). Dam construction lasted five and a half years;

- In Arges gorges that made its way sawing high walls, mountains, on a rocky spur can see the ruins of tradition attributed to Vlad Tepes. Known as the Poenari;

- Of all the ancient monuments that gave shine Argesului princes can say without fail that the monastery built by Neagoe Basarab (1512 - 1521) is the most significant building of church art and architecture;

- Fortress San Nicoara. Dates back in the late thirteenth century and beginning of the fourteenth century, in the shape of a ship, it is finished to the east with a polygonal apse, decorated outward at the top, with a series of niches blind from brick ;

- Royal Church Nicholas Alexander (1352 - 1364) - son and descendant of Basarab I, who in 1359 founded the first Metropolitan of Curtea de Arges Romanian Country;

- Fountain Master Manole. It is located across the street from the Monastery Curtea de Arges, is where, legend has it, the body would have fallen master Manole;

- Ravens Monastery situated in the village Corbi, on the road Campulung-Princely Monastery Corbi is an assembly partially cave in the fourteenth century;

- The tourist zone Balea Lac is located in Fagaras Mountains (an important part of the chain of the Carpathian Mountains). The region is known because of the densest networks in the country basin (glacial lakes: Avrig 2011m, 2147m Caltun, Lady 1865m, 2034m Balea etc).