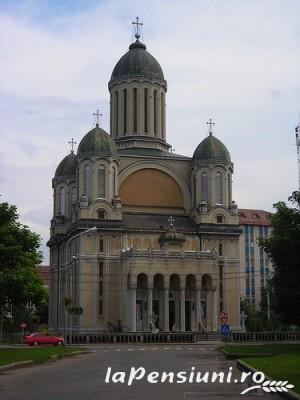 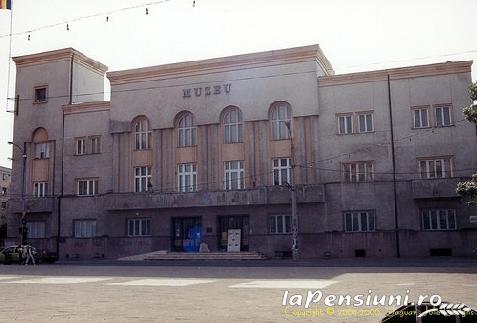 I Satu Mare Lupoaicei statue of the legendary founders of Rome portrays the brothers Romulus and Remus, suckled by a she-wolf. Statue play legendary foundation of Rome, according to which the brothers who founded the city were cared for by a she-wolf.
Currently, the statue is located in Piata Vasile Lucaciu of Satu Mare. In the period before 1989 was moved to Liberty Square in the center, where he is now a statue of Vasile Lucaciu. The statue is a copy of the famous Lupa Capitolina `` `` in the Italian capital.

County Museum is one of the most important cultural institutions of Satu Mare.
It is composed sections and economic objectives:

Orthodox Cathedral "Assumption" - built between 1932-1937, the building style of the Romanian church to meet specific outer arm. The painting was executed by brothers Eugene and Eremia Profeta.

The church has a famous choir - with a tradition of over 75 years and a rich documentary speaks Romanian churches inside the fortress Satmar about schismatics in these places and fight the Romans against the Diocese of denationalization campaign Mukacheve.