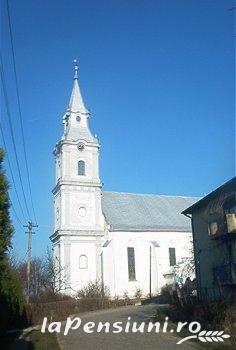 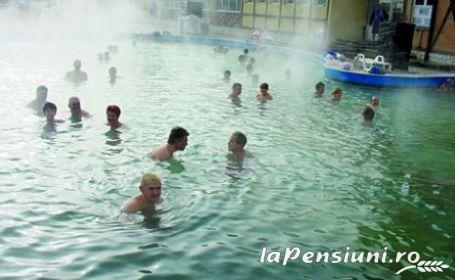 The museum is arranged in Castle Town T??nad Cserey Fischer. It includes four exhibition halls, divided into two sections: archeology and local history, ethnography.
Reorganized in 1995, the museum presents specific elements of the material and spiritual culture Szalacs evidence of historical development, predominantly type aspectrele traditional creativity. The museum is particularly noted the existence of complex workshops. In this respect, the exhibition halls are divided on the idea of ??presenting the main occupations and crafts practiced in the area, bringing the viewer into the wisdom and skill archaic forms and color sense, ingenuity and skill of master farmer.

The most important architectural monument of the city is reformed church, built in the second half of the fifteenth century (completed in 1476), late Gothic. The church was built by Roman Catholics, was later taken to reform, following passage of the majority religion reformed. The building housed several councils, but in 1660 was burned during the attack the Turks and Tatars, after which time more than a century abode will be unused. I try to win back Catholics in 1758, but without success. Church rebuilt the tower is in Baroque style developed between 1814-1822.

Culture House, built in the first decade goal of the last century, was originally destination casino

Wellness and fitness:
Attractions and activities in the surrounding area:
Contact
Back to