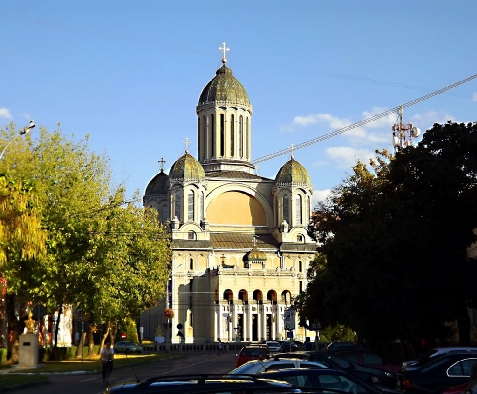 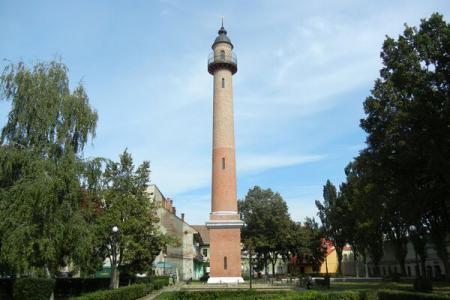 She-wolf statue in Satu Mare depicts the legendary founders of Rome, Romulus and Remus brothers, suckled by a she-wolf. Statue restore Rome's founding legend, according to which the brothers who founded the town were cared for by a she-wolf.
Currently, the statue is located in Piata Vasile Lucaciu in Satu Mare. In the period before 1989 was moved to Liberty Square, the center, the place is now statue Vasile Lucaciu. The statue is a copy of the famous "Lupa Capitolina" in the Italian capital.

On the pillar supporter found the inscription "Dacia REDIVIVAE SACRUMV Romanaia virtue" and three cast medallions with the image of Traian, Decebal and Ferdinand I.

County Museum is one of the most important cultural institutions of Satu Mare.
It is composed of wards and economic objectives:

Orthodox Cathedral "Assumption" - Built between 1932-1937, the building comply with Romanian church style with specific outer belt. The painting was executed by brothers Eugene and Eremia Profeta.

The church has a famous chorus - with a tradition of over 75 years and a rich documentary speaks Romanian churches within the fortress Satmar, about schismatics from these places and fight the Romanians against denationalization campaign Mukacheve bishopric.

Firefighter's Tower - Built in the years 1903-1904, the tower has a total height of 45 m. At the base of the tower has a rectangular section in the outer side of 4.32 m, the interior being made octagonal wall thickness of 80 cm.