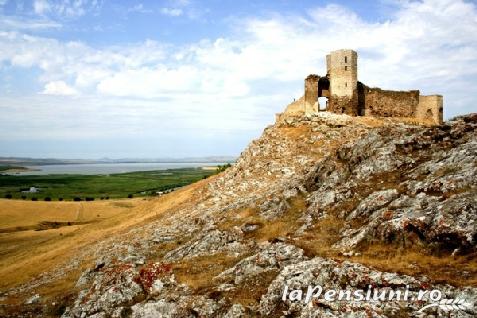 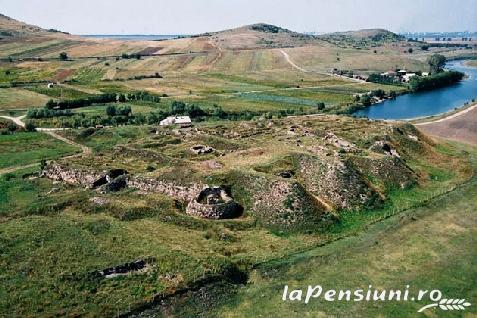 Mila 23
Is a village in the Danube Delta located on the old Danube arm known for the best fishing spots and the best traditional fish food. It is highlighted by the fact that it is isolated, the access being made only on the water, it is surrounded by canals, lakes and stufaris which makes it a desirable destination for all who seek rest and quiet.

* Enisala - 17 km from Jurilocva - there were traces of some traco-getic and getic settlements.
* The Troesmis fortification - 3 km from Turcoaia village - traco-getic fortress mentioned in sec. III i.Hr. On the occasion of the military conflict between Lysimach-Dromichete.
* Fortress Noviodunum -Isaccea - Roman-Byzantine fortress with Celtic name, built in 369 AD
* The Arrubium fortress -Macin - Celtic name settlement, documented in 100 AD.
* Dinogetia Fortress -Garvan - her name was first mentioned by Ptolemy in his well-known work "Geographia".

Other historical vestiges: The ancient fortress, Chilia Veche (existed from Greek antiquity, then was mastered by the Byzantines until the Xth century); The Byzantine fortress Salsovia, Mahmudia (3rd century AD)