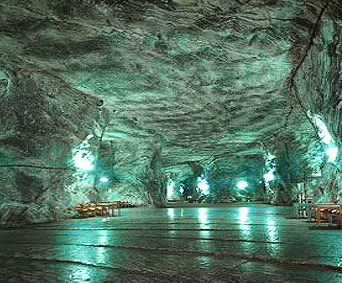 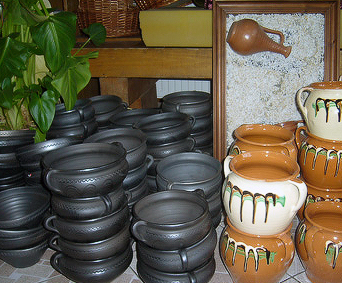 Located in an area where the beauty of the landscape and silence invite you to return to self Sucevita is considered one of the most perfect construction. With a great architecture, frescoes and paintings clothed with delight, holding religious heritage or works of great artistic and historical value, the building is the perfect balance between line and color.
Documents dating from the XV and XVI remember about Sucevita wooden hermitage that was dedicated to "Changing the Face of God" and which, according to tradition existed where will be built the great church.

Cacica is one of the oldest salt mines recrystallized from brine in Europe, dating from the Early Neolithic Cris culture (5th millennium BC) The existence of this salt water springs and their use in natural state and for production of crystallized salt by boiling is but a millennial age, as revealed an archaeological research undertaken in 1952 In 1989 Solca and Cacica. At a depth of 25 m was opened the first room where a chapel was arranged. The lack of a church led the first priest Jakub Bogdanowicz to fit in the underground mine a chapel in honor of Saint Barbara.

Ceramic Edge is already a known brand worldwide. In the beginning of pottery edge is set by historians around 1500.

Black pottery edge - Dacian legacy
For the lover of history and beauty, follow this craft in time and space can be a concern extraordinarily pleasant. Black pottery is evidence of Dacian origin. She longer meets today only pottery workshops from edge, jud. Suceava.