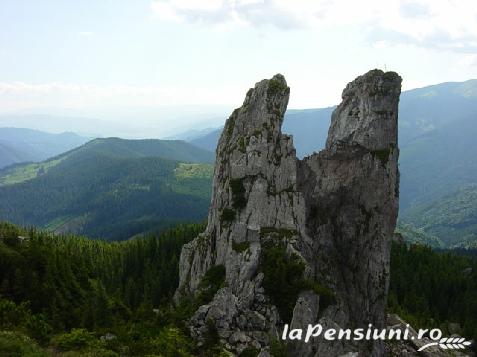 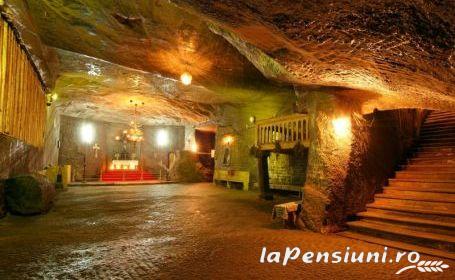 Karst area of rare - which is important both primary objective "Lady Rocks" and other targets less known, such as sinkholes beneath the top Rarau and the Todirescu, Bat Cave, sectors keys Valley House (Mill Devil) and the White Spring (Stone Buhei), abrupt collapse of the Popchilor rare. SLATIOARA CODRUL forest reserve - includes the oldest forest mixed with beech wood in the country; Fortress of Stefan cel Mare, emblematic monument of central sucevenilor.Partea, "Fort Musatin" 40X36m, belongs to the reign of Petru Musat I, who dropped the use of Scheia fortress. Alexander the Good strengthen, but one that will give him a legendary invincibility is Stefan cel Mare. It will rise in two stages exterior walls will redesign defensive moat and entrance into the city. Well defended, it was able to successfully resist the great Ottoman siege of 1476, when Mehmed the Conqueror himself, the conqueror of Constantinople had to recognize his defeat. .........................
(Translated with Google Translate)