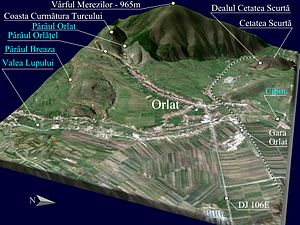 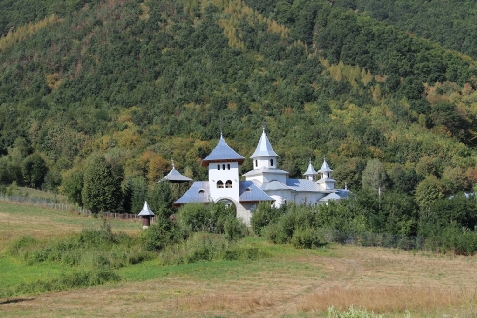 Near the Ileana Pension there are various attractions such as:
- Orlat Monastery;
- Museum of Glass Icons in Sibiel;
- The Historic Center of Sibiu;
- Open Air Museum - Astra in Sibiu;
- The salty lakes of Ocna Sibiului;
- Paltinis mountain resort;
- Saxon Fortified Churches in Cristian and Cisnadie;
- The Gura Raului reservoir.

The "La zid" fortress is a fortification with an elliptical plane, about 240 m in diameter, situated on a hill, 3 km west of Orlat, near CFR Sibiel halt. The archaeological excavations of that period plead for the dating of this stone fortress between the second half of the 13th century and the 15th century. Here is a part of the Salgo Castle, mentioned in documents in 1322.

The Orlat Monastery ascends in the commune with the same name, owned by the monk Macarie Agachi.
Originally built as a monk hermitage, the foundation stone of the monastery was sanctified in 1993. The construction works were completed in 2000, the monastic establishment being sanctified in 2001. The monastery belongs to the category established after 1989, So it did not undergo any considerable changes. Currently she has 6 monks.

The construction is dedicated to the "Holy Trinity", each year being celebrated by the celebration of a liturgy where important church figures and pilgrims from all over the country are invited.

The Zosim Oancea Glass Museum (Sibiel) created by Father Zosim Oancea after 1970. Father Zosim founded not only the museum and the craft and rural tourism in Romania. The museum has the largest collection of old glass icons in the world. The collection includes old icons, not only from Sibiel, but also from Moldova, Banat, Nicula, Tara Fagarasului. The icons are more than 200 years old and are made on handmade glass and painted in natural plant colors by the people of the place.